“Given that Trump is pre-emptively crying ‘fraud’ and refusing to guarantee a peaceful transfer of power should he lose, this is the chronicle of an election debacle foretold,” said Kimberly Theidon, a professor of international humanitarian studies at Tufts University’s Fletcher School of Law and Diplomacy.

Theidon drew a parallel between Trump and former Peruvian President Alberto Fujimori, whose 2000 election she monitored. Fujimori won in a vote that the international community treated as illegitimate, and ultimately gave up power months later.

“Watching him control the media, the judiciary and having staged an early ‘auto-coup’ forms the backdrop for my deep concerns — what changed the outcome of his fraudulent win was domestic outrage and international monitoring,” Theidon said. “In light of Trump’s increasingly authoritarian tendencies, we can learn from similar electoral machinations elsewhere. There needs to be electoral monitoring by an international organization — the U.N. and the Organization of American States are two entities that come to mind.” 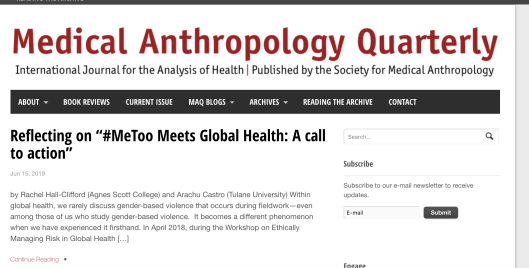 Everyday I take my canine familiars on walks throughout my neighborhood and local parks.  At some point I decided to begin picking up trash along the way, certain that others would also prefer a landscape of plants rather than plastic.  These small plastic liquor bottles? I collect dozens of these diminutive, infernal, single-use, single-dose bottles.  As more and more states ban plastic bags — some good news in an otherwise bleak news era — why are these allowed? Go Green, Plastic is Obscene! 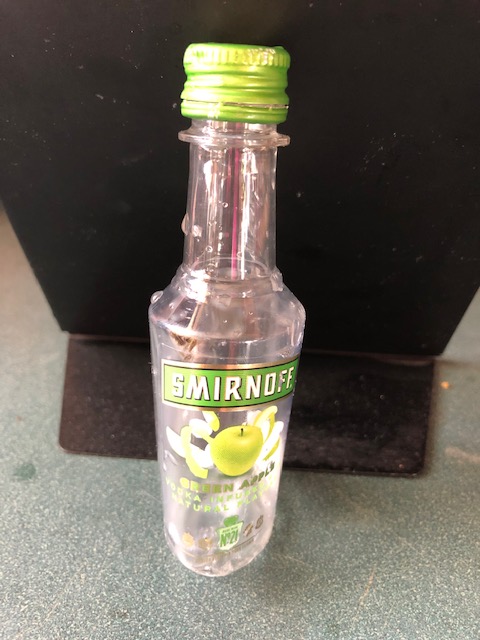 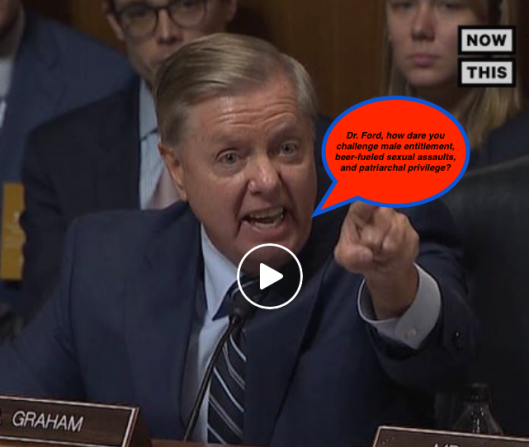 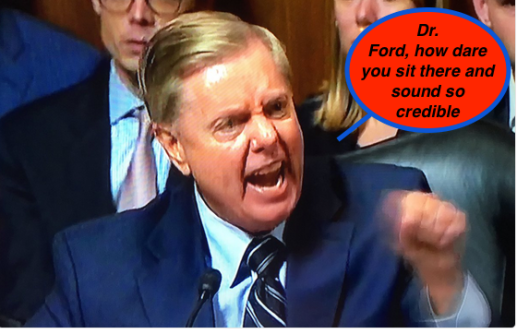 I woke up to a message from a colleague, asking for advice and expressing her outrage.  She recently learned that a former student, who had studied for her Masters Degree under my colleague’s supervision, has been driven out of her PhD program due to a sexually harassing professor. What to do? I offered the standard package of advice, knowing this young woman will most likely go quietly for fear of retaliation and career-ending retribution if she reports this professor.  All of which leads me to consider #TheMissingWomen.  From the actresses who left the film industry due to Harvey Weinstein; the musicians/composers/singers run out and ruined by Russell Simmons; the hostesses/servers/sous-chefs who gritted their teeth and let their pot of rage simmer on low; the hotel maids who escaped groping guests; to the young women who leave academia to avoid sexually harassing professors whose power over them makes or breaks careers — how can we begin to measure the missing women who leave their careers of choice (or necessity) because they have been ground down, groped, sexually harassed and driven out?  This is about sexual assault and harassment, to be sure. It is about the violation of bodily integrity and personal dignity, with equal certainty. It is also about the loss of employment, career aspirations, dreams and economic security. How can we begin to measure the economic fallout for #TheMissingWomen?

I was heavily criticized when I made similar statements in 2013. I do not relish this vindication because it means an unknown number of students have been assaulted in the interim.  Given that Harvard administrators must have known what I did, this is particularly heartbreaking. I hope someday to see an apology from the university president for what happened on her watch.
“Most of the final clubs are essentially institutions of rape,” one comment attributed to a senior male reads. “I understand that they are not technically affiliated with Harvard, yet it is mostly Harvard students that attend these clubs and the university chooses to turn a blind eye towards sexual crimes that take place in its back yard on a regular basis.”
http://www.thecrimson.com/article/2016/12/1/results-show-final-club-pressure/

“While Kimberly Theidon, a professor of humanitarian studies at Tufts University, took her dogs for a walk on Wednesday morning, she thought about the numerous times guys have driven by and shouted “some disgusting version of ‘great tits.’”

“This morning I blinked back tears, realizing those guys are even more emboldened as a result of this election,” Theidon said. “Yet another generation of young women will grow up having been made to feel that their bodies are somehow public property, and they will also keep putting one foot in front of another and not say a word for fear the car will circle back around a second time.” 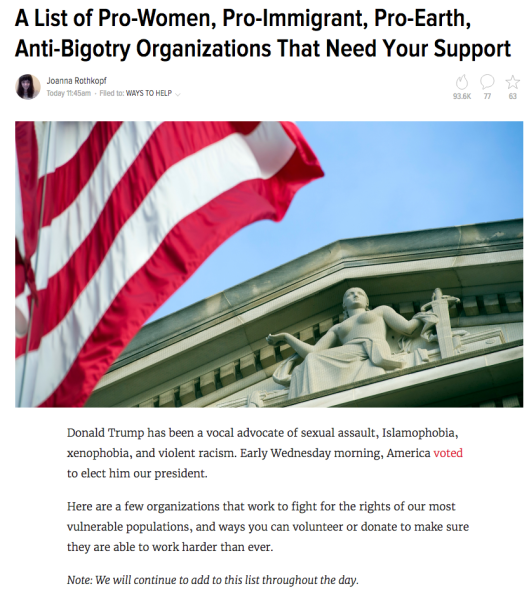 “We cannot be a great College unless we are a good community.” Indeed. It is time to investigate the professors who sexually harass students, who engage in quid pro quo sexual transactions for letters of recommendation, for writing prologues to forthcoming books, and for placing phone calls to members of search committees looking to hire a tenure track professor. I refuse to remain silent,  and I encourage my colleagues to speak out. Even if you were silent in the past about the professorial misconduct you witnessed, you can still step forward now. It is not too late to do the right thing. Stand shoulder to shoulder with students, and take a stand to make certain this sort of behavior stops. Stand up.  If there is something to be learned from this interminable and infernal presidential campaign, it is the strength of numbers.  Each time a sexual assault or harassment  survivor comes forward, she or he emboldens others to do the same.  And let me be clear: the narrative burden for sexual violence must not rest upon the shoulders of survivors.  We all have a responsibility to speak out and demand change.